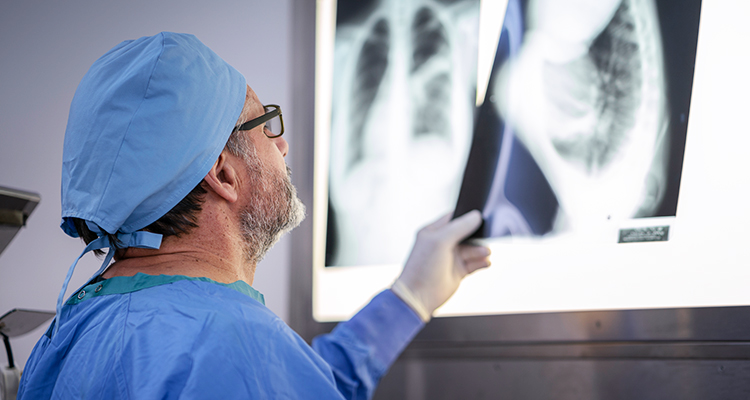 A Radiograph is an X-ray image obtained by emitting a short X-ray pulse and using a digital detector to visualize a body part for diagnostic interpretation.

X-rays capture an image of the body similar to the way a digital camera collects an image. Unlike a camera, which uses reflected light, Radiographs are produced using X-rays that have passed through the body to record an image.

Radiographs are useful in the detection of pathology and some disease processes. Common examples include X-rays of the chest, abdomen, and skeletal system.

You may be asked to remove dense metal objects such as watches, jewelry, or belt buckles that may interfere with the exam. All CRA Medical Imaging locations use digital technology instead of film, allowing images to be manipulated on a medical grade computer system. This allows for better visualization and reduces the need for repeat images.

Whether you’re a physician who needs medical imaging for a patient, or you or your loved one need something checked out, the radiologists at CRA Medical Imaging can help.